Slovak cuisine is based on a variety of traditional and European products and ingredients.

In shops, supermarkets or hypermarkets you can buy all kinds of vegetables and fruit in season, meat, milk products, pastry, bread, mineral and spring water, and sweets. You can also buy fresh home‑grown fruit and vegetables, and some other products at open‑air markets, which you can generally find in every smaller or bigger town.

The main ingredients that have shaped traditional Slovak cuisine are potatoes, sauerkraut, pork, poultry, “bryndza” (cheese made from sheep milk) and lentils. 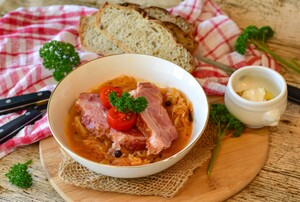 Another typical Slovak soup is made of beans and root vegetables such as carrot and parsley. Sometimes, smoked pork is added. 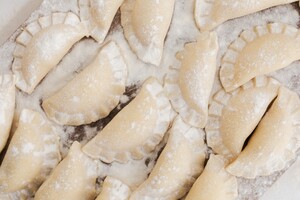 The most traditional national dish served as a main course is bryndzové halušky ( potato gnocchi/dumplings topped with bryndza  sheep cheese and fried bacon). Another traditional dish is strapačky s kapustou (potato gnocchi/dumplings with cabbage and, sometimes, with fried bacon). Also, as other Slavic nations, one of the most popular dishes in Slovakia is pirohy - dough dumplings filled with quark, potatoes, sheep cheese, even with sweet fillings, topped with butter, caramelised onion or fried bacon and sheep cheese. 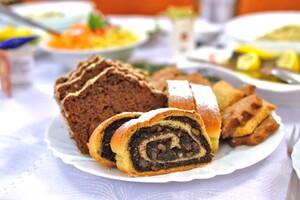 As the most common dessert one can always have sweet pancakes with jam, cottage cheese and raisins, topped with whipped cream and chocolate.

Slovaks are also very fond of poppy seeds and use it a lot in our traditional pastry and desserts. 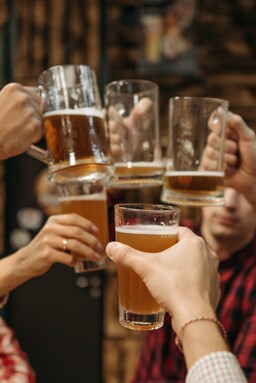 The most popular wines are those from the Tokaj, Small Carpathians, Nitra, Topoľčany and Záhorie regions.

Tokaj wine regionin the southeast of Slovakia is even the oldest closed production wine region in the world (Tokaj wine can be produced only in this area) and is part of the UNESCO World Heritage.

In winter, try the spiced mulled wine - it is typically sold on traditional Christmas markets.

Young wine (“burčiak”) is available in the first half of September, and is usually the subject of harvest festivals. Hubert (Slovak sparkiling wine) and “Karpatské Brandy Špeciál” (Carpathian Brandy Special) are also highly rated.

Typical Slovak hard liqueurs are Demänovka, Horec and Tatranský čaj from the region of the High Tatras. “Slivovica” (plum brandy) and “borovička” (juniper berry brandy, gin) are popular Slovak aperitifs.
To the uninitiated, these drinks will appear quite strong.

Let us not forget that Slovakia also produces excellent beer. The most popular brands are Zlatý Bažant, Corgoň, Urpiner, Topvar and Šariš. Microbreweries (craft breweries) are becoming very popular too, and produce beer of world-class quality. In these microbreweries you can even try unique experiences like beer bath.

Eating out in Slovakia 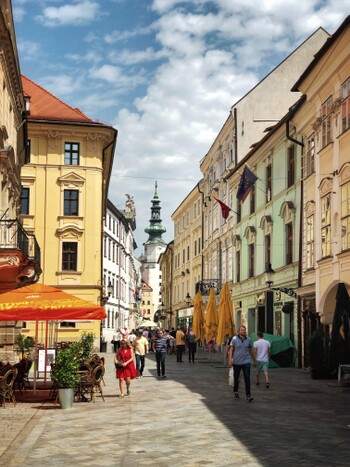 There are many restaurants in Slovakia ranging from cheap to expensive. For a drink, it is more usual to go to a pub, where you can also have a meal. Larger towns usually have restaurants with national and international cuisine, the most common being Italian, Asian, Balkan, Czech and Hungarian. Beer and wine (domestic and imported) are good and usually consumed with both lunch and dinner.

Lunch is the main meal of the day and Slovaks are more used to eating out for lunch than for dinner. Most restaurants in town centres have special daily lunch menu offers (“denné menu”, usually consisting of a bowl of soup and a main course), which are cheaper than other meals served there.

Restaurants are open from Monday to Sunday from morning till night. Stores and restaurants opened for 24 hours a day have a sign reading “non‑stop”.

Unless the menu states that service is included, tipping is expected. 5 – 10  % is a standard tip in a restaurant with waiter service. Waiters usually give a customer the total of the bill and the customer, as he/she hands over the money, says how much he/she is paying including the tip. In restaurants and bars, it is usual to round up the price, the tip being roughly 10  %.

More information and lists of catering places that offer daily menus can be found at Menucka.sk (in Slovak only). For the tips on popular restaurants in various towns and regions visit  Zomato. You can also use a variety of dining and restaurant apps (e.g. Zomato, Restaurant Finder or use Google maps restaurant search).

Food delivery is also a standard service in Slovakia, with many delivery providers in every city. Here you can find a handy list:

More information available at: www.panorama.sk/bonappetit, www.slovakia.travel (section “Things to see and do”, subsection “Traditions and gastronomy”).